Founded in 2013, Family Meridian is committed to giving families the educational resources, support and community they need to build an enduring family legacy.

We believe the best way to inspire long-lasting growth is through peer-to-peer relationships and life-changing experiences. To do this, we facilitate small groups, provide online training and resources, and host in-person events.

Over the last decade, we’ve helped high net worth families  plan for and start to realize their legacy. We’re looking forward to hearing from yours soon. 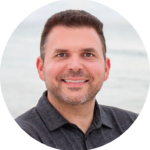 Kyle Circle is a fourth-generation farmer starting at 11 yo with a produce stand, today owning land/vineyard, commercial, industrial & residential properties. Purchased from Robert Mondavi in 2003, Sierra Madre Vineyard, with 500 acres in Northern Santa Barbara County, CA, was a major grower for clients Joel Gott, Fess Parker, Hitching Post among others. it was sold to E & J Gallo Winery in 2018. Today Rancho Cañada de los Pinos is the latest 197 acre vineyard in Santa Ynez.

Arriving in Franklin, TN in the late 90’s led to 15 yrs in the music industry. As a touring musician (drums for Katy Perry), Kyle spent most his music career in Christian music in A&R, artist management, branding, merchandise & concert promotion. In 2005 Kyle launched The Credit Card Machine Man, a credit/debit card processing company for 1000+ touring bands & non-profits with $1B+ in global transactions annually. In 2010 he co-founded & co-invented MobilePayUSA, a mobile payment and marketing app which was sold to PayMe Inc. 2013. He & his wife Alissa together founded Pollinate Media Group in 2012, which connects industry leading brands with over 5,500 top digital influencers publishers, having paid out multi 8 figures reaching 230MM+ impressions a month.

Ran his families foundation for 14 yrs providing grants and mentorship to 50 non-profit organizations. Chaired the national board for Standing Stone Ministry 2017-2021 where they served 5,000+ ministry leaders of all denominations committed to preventive care & discipleship to church, para church and missionary leaders.

Kyle & Alissa have been married for 18 yrs with two children Katelyn (14 yo) & Brayden (12.5 yo), attend Oceans Church Irvine, CA and The Belonging Co church in Nashville, serve on multiple for/non-profit boards and split time between Newport Beach, CA and Franklin, TN. Active with YPO Young Adults, EO, YEC, TED, Summit Series, Q Axiom as a member along with various masterminds. 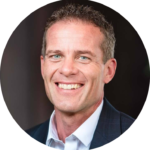 Lonnie’s passion is developing families and companies that have a lasting positive impact on society. For the last 18 years he’s been learning to lead his family as strategically as he leads businesses and he regularly receives requests to coach families of influence around the world on pathways to create multigenerational family legacy and impact.

He is CEO of Wilkinson Corporation, a national real estate investment and asset management platform that has transacted on over $2.4 billion of real estate creating strong impact results and investment returns. The company has been adding 2000-3000 apartment units per year to its portfolio with a world class team that focuses on continually increasing the positive impact on people and the planet. He has also been Chairman and CEO of a senior housing ownership and operations company from start up to over 2000 employees in 18 states.

You won’t be around Lonnie long until you catch his belief that healthy leadership in families and businesses is the best way to build a better world. For nearly 25 years he has been co-founder/chairman of two leadership development firms. Ministry Advantage is a non-profit that provides leadership coaching to the senior leaders of hundreds of the most effective churches and non-profit organizations around the world. And Business Advantage is a for-profit company that has had long term coaching engagements with thousands of Presidents and CEO’s around the country. His journey of learning to maximize impact through both the for-profit and nonprofit sectors lead him to author the transformational book,  Beyond Business, How Your Company Can Build a Better World and to host the popular podcast, Systems for Success.

Lonnie has been married for 37 years to his childhood sweetheart, best friend and fellow entrepreneur, Shelley. Their four adult children and their spouses all lead thriving businesses that benefit society. And the whole family enjoys working together in various ventures as well as hiking, backpacking, snow skiing, water sports and music together. They reside at their lakeside lodges in the Cascade Mountains where they enjoy hosting retreats and coaching others on leadership, health, entrepreneurship, transformational commerce and family legacy. 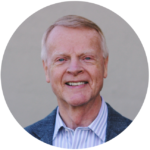 Co-Founder and Board Member

Jerry is a co-founder of Family Meridian and has a rich background in family coaching and financial planning. He also has experience leading local chapters of several organizations, such as the Society of Financial Service Professionals and the National Estate Planning Council.

For more than 40 years Jerry was part of the financial services world with Northwestern Mutual and has been a member of the Strategic Coach program for over 25 years.

Active as a consultant, writer and speaker he authored The Priceless Gift  and has contributed to three books: Family Wealth Counseling: Getting to the Heart of the Matter,  unHeritage: 11 Pitfalls to Family Legacy and How to Avoid Them, and  unPrepared: Heirs At Risk.

Married to Sharon, since 1967; Jerry has 3 children and 8 grandchildren, all of whom live near his home in Indiana. A true blessing beyond measure! 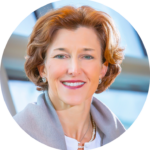 Wendy joined Gleneagles in 2021 as Chief Family Officer and Relationship Manager. Prior to Gleneagles, she served as Vice President, National Relationship Management of the Signatry, a Christian foundation that has helped families, advisors and ministries send more than $2 billion to charities across the globe. Wendy is a third-generation family business owner and former corporate leader. She spent much of her career in diverse roles for Fortune 100 and Fortune 500 companies, including Dow Chemical, DuPont and Chick-fil-A, Inc. Within her own family, Wendy currently serves as Director, Griffin Family Investments, LLC and Director, Griffin Family Foundation, where she works in partnership with strategic advisors and family members. Wendy received her undergraduate degree in International Business from The University of Georgia. She has also completed an executive program at the Kellogg School of Management at Northwestern University and a certification in Private Wealth Management at the University of Chicago Booth School of Business. Wendy lives in Richmond, Virginia with her husband and three daughters, but her family roots are in Georgia.

Talk to an FM Team Member
Download the E-Book, UnHeritage

What good is it to inherit a pile of money if the family falls apart in the process? It’s about time we stopped the tail from wagging the dog. Family Meridian is an eye-opener.

We have attended two Family Institutes and the testimonials from the families themselves was what made it the most impactful. Hearing that we were not the only ones with struggles was refreshing and it was great to hear that the process doesn’t have to look the same for everybody. The speakers made it educational no matter what age or stage of life you are in. We made the decision to bring in a family coach that has really helped shape our thinking for our family’s future.

We got to listen to Phil speak of his remarkable experience of helping to carry on a multi-generational business last fall at the Family Meridian conference. We could not have been more inspired by how he blended family and non-family employees into his very successful companies.